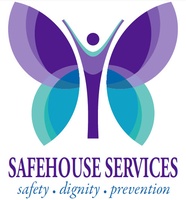 Safehouse is a private, not-for-profit organization which provides services to victims or survivors of domestic violence, stalking, sexual assault, elder abuse, and human trafficking. Safehouse operates a shelter for persons who are in a violent or potentially violent environment. It is a residential center designed to provide a comprehensive set of services for these victims and their children.